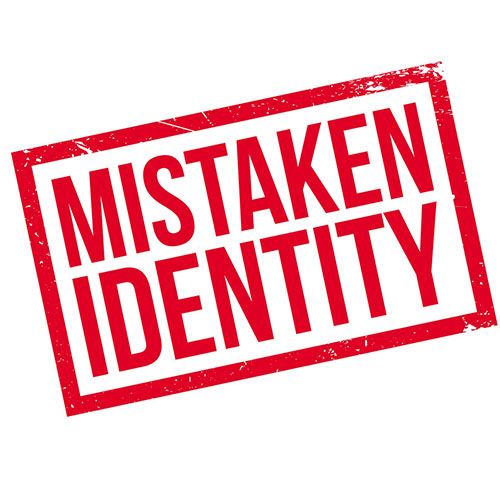 There’s a 1988 movie called Coming to America. It tells the story of an African prince (Eddie Murphy) who comes to the United States in hopes of finding a wife. He hides his identity by working in a fast-food restaurant called McDowell’s, an obvious take-off on McDonald’s. Even the McDowell’s logo is similar to the famous McDonald’s logo. But, similar is not the same.

Most people would immediately spot the difference but the similarities are enough to warrant a double-take. Mr. McDowell obviously hoped customers will confuse the two restaurants and he can benefit by funneling some of McDonald’s customers to his eatery. He’s hoping it won’t make a difference to them or that they won’t notice.

The trouble is that, aside from the potential lawsuit for copyright infringement, Mr. McDowell is piggybacking off someone else’s identity when he should be creating his own. It’s equally as possible that the reverse will happen and his customers will patronize the real golden arches.

As a businessperson, developing your identity is critical. Logos should be proportionate (never stretched in a non-proportional manner) and look good in every size. Colors should be constant among all marketing material. Fonts should be utilized intelligently and consistently. Each part of your marketing should relate to every other piece in a cohesive manner. And, unlike McDowell’s, your brand identity should be uniquely you.

Otherwise, it’s just a case of mistaken identity and that helps no one, certainly not you or your business. Hiring a professional Graphic Designer/Printer to assure your marketing is on target is an investment, not an expense.

Send Us a Message