One of the reasons to hire a professional Graphic Designer is the attention to detail that comes from years of experience. We understand the nuances of color and font selection, understand the technicalities of designing in professional software and know how and when to break the rules.

A recent client needed a backdrop banner designed. Through discussions with the client, we decided to use two versions of the logo in a grid pattern. Each logo needed to be centered in their respective squares; however, when I aligned the logo horizontally and vertically, the image did not appear to be centered. Here’s what happened and why:

When we think of aligning images within boundaries, many times we are referring to horizontal and vertical alignment which calculates the distance between the borders. This is measured or metric alignment and, in most cases, works well. However, there are those graphics that don’t work well with measured/metric alignment because of their composition.

Here’s what happened when I tried to vertically and horizontally align the Monarch Title of Texas logo using metric alignment: 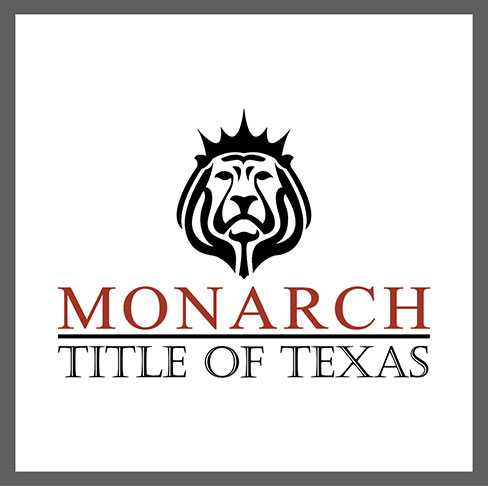 While the horizontal alignment looks perfect, the vertical alignment makes the logo look much lower in the square and it doesn’t appear to be centered vertically. To verify this, I drew guidelines showing the horizontal and vertical centers of the white square. This shows that the logo is, indeed, centered. The reason this particular image does not appear to be centered is the composition of the logo. The points at the top of the lion’s crown give a lighter feel than the large text at the bottom of the full logo, thereby creating an off-center look. 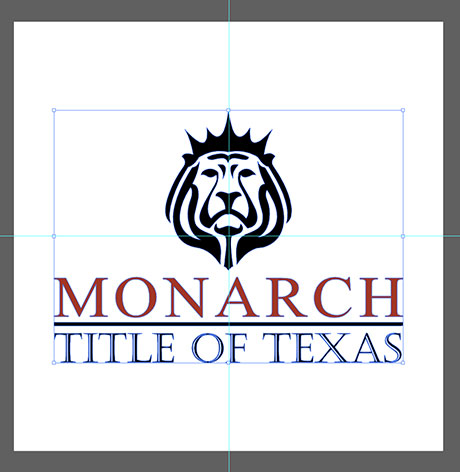 There’s another type of alignment that needed to be used for this logo. In this case, the best alternative was to use visual/optical alignment which is where you place the items the way the appear visually to be centered. While measuring the top blank space versus the bottom blank space will show that the logo is actually not vertically centered, the logo appears to be perfectly balanced. Professional Graphic Designers understand concepts like this which result in a much more visually appealing design. While things might seem easy in the do-it-yourself age, some things should be handed over to those with the experience to know when to follow the rules and when to break them.