Before and After :: Tutu Cute 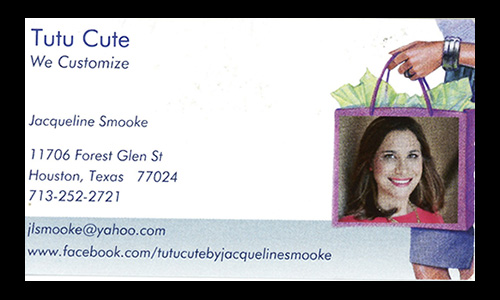 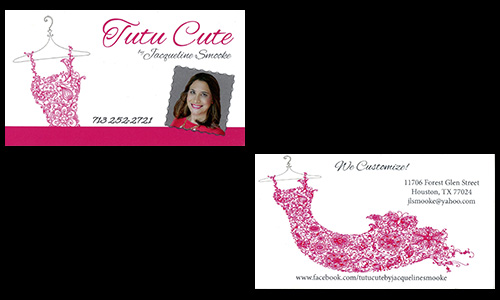 Jacqueline Smooke owns an upscale, by-appointment-only boutique. When she came to Page by Page for a redesign of her business cards, the thing that was immediately apparent was the stock design she had used for the main image. This meant that she shared that design with many other people which did nothing to elevate her above her competitors. The stock design did not project "upscale". The font was plain and backside of the card was blank which is was a waste of valuable real estate.

The redesign was done top to bottom with the exception of Jacqueline's photo which was reversed so she's looking towards the information on the card rather than off the side of the card. An elegant dress, similar to many of the items she sells, was utilized instead of a shopping bag and a stylish typestyle was used for her company name. Her new cards are printed on 16 pt Suede with Velvet Lamination for a card that feels as good as it looks.

View Other Before and After