Before and After :: Superior Interior Home Designs 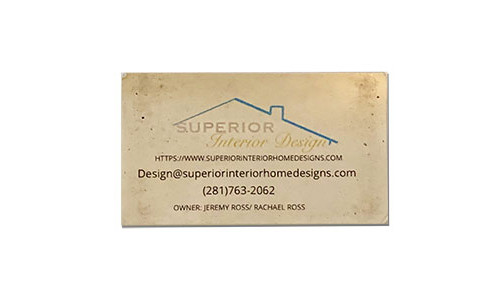 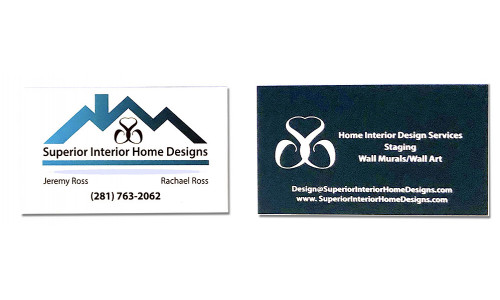 Rachael and Jeremy Ross own a company that specializes in Interior Design, Staging and Wall Murals/Wall Art. They reached out to Page by Page to upscale their image. Their current cards were one-sided cards printed on thin cardstock. The current logo was a simple design of a roof with their company name inside and contact information below. Neither the card nor the logo indicated upscale so a redesign was necessary.

Jeremy and Rachael liked the idea of the roof so a thicker version with a blue-toned gradient was designed. A forward and backward "S" (for Superior) were intertwined symbolizing both their life and business partnership. Contact information on the front of the card was limited to their names and phone number. All else was moved to the back of the card which utilizes a deep blue background pulled from the gradient on the front. A list of services, which was not on the original card, was added.

The new business cards were printed on 16 pt Suede with Velvet Lamination which makes them feel as great as they look.

View Other Before and After